From cancer research to robotics engineering to fashion design, Meet some of the most accomplished teens of the Valley.

Meet some of the most accomplished teens of the Valley. While excellent students, all have stepped off the beaten path to follow their own unique visions and passions—making their marks in fields ranging from cancer research to robotics engineering to fashion design. As you’ll see, many exhibit remarkable courage and humanity in the face of adversity. Their desire to make a difference is palpable. Their drive is infectious.

Lots of teens excel at both athletics and academics, but varsity water polo player and swim team star Maxim Romanovici of Crespi Carmelite High School, who maintains over a 4.0 GPA while taking many AP courses, didn’t even speak English five years ago. That’s when the Encino teen’s father won the immigration lottery in their native Maldova (formerly the USSR), prompting the family to leave everything behind to pursue the American dream.Read more ->http://www.ourventurablvd.com/2017/03/03/top-teens-chelsea-ma-project-runway/ Lots of teens excel at both athletics and in the classroom. The difference is varsity water polo player and swim team star Maxim Romaovici, who maintains over a 4.0 GPA while taking many AP courses, didn’t even speak English five years ago. That’s when the Encino teen’s father won the immigration lottery in their native Maldova (formerly the USSR), prompting the family to leave everything behind (his mother was a doctor) to pursue the American dream.

“I was just the quiet kid and listened, and I read the dictionary word by word,” he recalls.

Now Maxim, who works at a kids’ gym and babysits his four-year-old sister at the family’s Encino apartment on weekends, is hoping to attend Harvard University or a University of California school to study computer science or business in the fall. An articulate, confident beauty with a movie-producer mom (Suzanne Farwell), Kate Farwell might have chased a career on the silver screen. But the Encino teen, set to attend Brown University in the fall, has found her calling on a different stage. Kate is among the nation’s top-ranked high school speech and debate champions and the most successful high school Parliamentary Debate competitor of all time.

She isn’t afraid to tackle controversial issues either. During her junior year Kate scored big on the debate circuit with an impassioned speech about the necessity for accurate sex education in schools.

“Speech and debate offers such a unique opportunity to spread a message that matters,” she says. Motivated by the loss of several relatives to cancer, in ninth grade Pranali Dave cold-called UCLA’s Translational Oncology Research Lab pleading for and landing an internship testing cancer drugs on metastatic melanoma cells.
“It was just a really emotional time and I wanted to find a solution,” she explains.

Then last summer Pranali was selected as one of 20 high school students, out of 1,200 applicants, to pursue her own cancer research project. Five days a week she made the 42-mile trek from her home in Calabasas to the City of Hope hospital in Duarte, where she studied the genomics behind lung cancer.

An oboe player, at school and with the LA Youth Orchestra, Pranali plans to study comparative literature in college, before attending medical school. With a gentle demeanor and sweet smile, Cameron Miller possesses optimism and an appreciation of life well beyond his years. Those qualities most likely stem from being diagnosed with an inoperable brain tumor at age 13. They most certainly are a factor in his remarkable recovery.

Despite 18 months of chemotherapy that prevented him from attending school three days a week, the Calabasas resident, who plays on his high school’s varsity golf team, is graduating this spring on schedule and with honors. In addition, he’s founded the nonprofit organization, Cameron’s Community, a website where teens with cancer can connect. (cameronscommunity.org).

“It was devastating,” recalls Cameron of his diagnosis. “I really wanted to talk to someone my age who’d gone through what I was going through. That’s what gave me the idea for Cameron’s Community.” Wearing a scoliosis brace during middle school would be tough for anyone. For Avery Hayes of Sherman Oaks, though, it turned out to be character building.

“I didn’t want anyone to see the brace so I wore really baggy sweatshirts, and in P.E. I changed in a separate room,” admits the varsity golfer.

After recently undergoing spinal fusion surgery, she’s ditched the brace but gained a cause: Swing Sister Swing—a support group she’s created for other girls with all types of back conditions.

“When I had scoliosis, it’s pretty much all I thought about, and I didn’t know anyone else who had it,” she explains.

Named for her love of golf, Swing Sister Swing will hold its first event next summer. In addition to being a forum for sharing experiences, Avery hopes the group will raise money for girls who can’t afford treatment. Don’t be surprised if one day Logan Clark accepts an Academy Award and delivers a socially-conscious acceptance speech that rivals Meryl Streep’s.
The Encino teen is a theater arts tour de force: writing, directing and acting. A former dancer as well, he intends to study creative writing in college and plans on a career writing for television and film.

Logan also serves as co-president of his school’s Gender Sexual Alliance and is an active member of its Social Justice and Equity Club. Post-presidential election, he says he’s fighting back by “buying art that’s made by minorities, people of color and queer artists. I feel an obligation to support them.”

A star in the classroom too, Logan is an AP Scholar with Distinction and a National Merit Scholarship Semifinalist. Natalie Hampton is proof that nice girls can finish first. After being bullied and eating lunch alone every day of seventh and eighth grade, the Sherman Oaks teen switched schools and made friends. Still determined to help other isolated students, she created Sit With Us, a free, mobile lunch-planning app, available for the iPhone and soon the Android too. Kids sign up as ambassadors for a Sit With Us club and do posts letting others know they are welcome to join their table.

So far over 100,000 users in seven countries have downloaded the Sit With Us app.
“Every time I saw someone sitting by themselves at my new school I invited them over to my table because I knew how horrible that felt,” explains Natalie. “I wanted to expand that mentality.” Noah Daniel doesn’t just make music; he understands how it affects your brain.

A guitar player with his school’s Jazz Ensemble and Jazz Lab Combo and an Associate Composer for the LA Philharmonic, Noah was 10 when he was moved by the effect music could have on others. His band performed at a benefit for the music therapy program at CSUN and audience members, which included both adults and children with disabilities, got up and danced in front of the stage.

Years later, that experience prompted Noah to create a research internship for himself at USC’s Brain & Creativity Institute where he studied the effects of music on the brain.

One of Noah’s compositions, based on the narrative of a Holocaust survivor, was performed in the U.S. Capitol Rotunda. The high school senior, who is also an associate composer with the LA Philharmonic, plans to study both music and neuroscience in college. “I’ve only scratched the surface as far as the brain is concerned,” he explains, “and there’s a lot I want to know.” 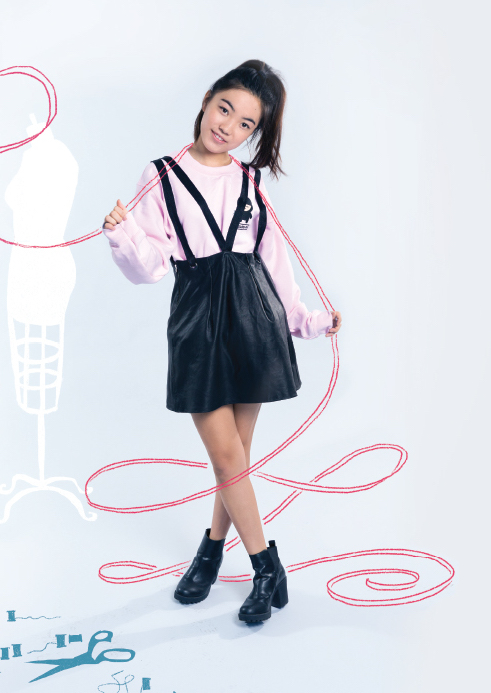 It’s easy to see why Chelsea Ma ended up winning the second season of Project Runway Junior, which airs on Lifetime.

“My parents have been 100% supportive of my working in the arts,” says the A-student, who’s also an accomplished singer/songwriter, pianist and guitar player.
In fact, it was watching Project Runway with her mom that ignited Chelsea’s passion for fashion. “I would sketch the runway looks I saw on TV, and I thought, ‘Why couldn’t I do that too?’” 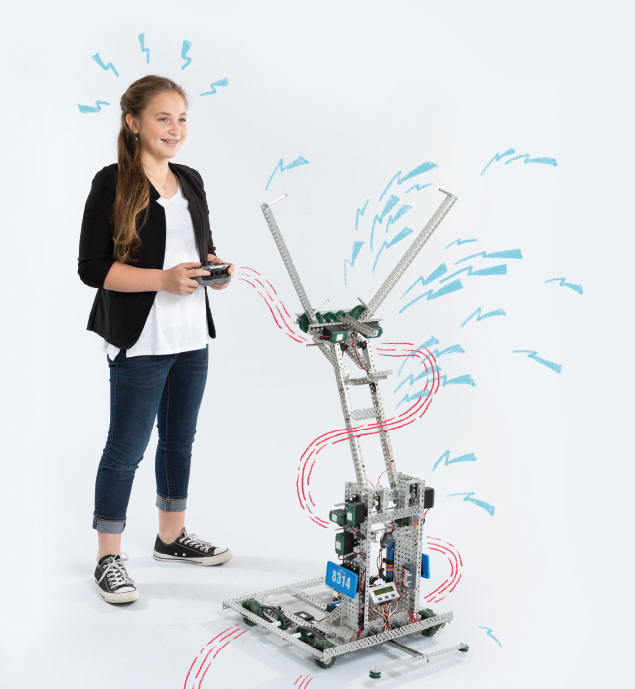 The boys at student Robotic competitions “think they know it all and underestimate your capabilities,” explains Haley Brooks.

The petite powerhouse’s accomplishments don’t end there. Two years ago, she raised $2,000 on Go Fund Me to start a robotics program for autistic students at Millikan Middle School that she still helps run and is currently developing a game app based around blood sugar testing for children with juvenile diabetes.