For the LA foster children and teens who encounter the non-profit Center for Educational Opportunity, a private education is more than making the grade. It’s offering a chance to alter the trajectory of their lives.

As the class of 2011 prepares for graduation and loved ones share in the pride of The Big Day, a select group of kids at a number of top Los Angeles high schools will reflect on a set of hurdles the vast majority of graduates cannot contemplate.

For kids in the L.A. foster care system, the prospect of high school graduation is often remote. While each foster child has endured his or her own unique journey, the road to educational accomplishment is rough. Many have braved the pressures of family drug addition and frequent moves to new foster families — pressures more relative to survival than success. For these students, graduation day is often less about transitioning into adulthood and entering the “real world” and more about beating the odds that are stacked against their favor.

Alexis Marion, 25, immediately jumps out like a shiny penny. To look at this bright young woman now, one might not suspect the shadows that covered her challenging childhood. Alexis and her younger sister grew up with a biological mother fighting substance and alcohol addictions.

Things began to take a negative turn when Alexis was 11 years old. “When I was home, I was taking care of my sister and our house—cleaning, making sure bills were paid, cooking and lying to other adults so that they wouldn’t know anything was wrong. We were dealing with my mom’s delusions and mood swings.” After she left Alexis and her sister at home alone for a week, their biological mother was arrested and the girls were placed in foster care.

Alexis’ domestic story is not unusual. For most children in her circumstances, educational prospects are grim. It is believed that fewer than 50% of foster youth will graduate high school, less than 15% of those begin classes at a college or university and a mere 2% to 4% will actually graduate from college. It was because of these disheartening statistics that one woman began to lay the groundwork for what would become a life-changing organization for hundreds of students in the Southern California foster care system.

“Knowing that education is one of the ways the private sector can offer significant help to foster youth, I suggested a private school education could provide an excellent college preparatory curriculum, small classrooms, one-on-one attention and the chance to become part of a caring school community.” —DEANNE SHARTIN

Back in 1999, Deanne Shartin decided to leave the workplace and turn her focus to completing her graduate studies. After founding and directing two international, non-governmental organizations aimed at strengthening the education of under-served children and working for several years with a non-profit focused on providing services to foster youth, she needed a break. As she readied to embark on her new path, however, she received a call that brought her back to her lifework.

Seeking a meaningful philanthropic endeavor, Peter Morton, co-founder of the Hard Rock Café restaurant chain, contacted Shartin for her input on how he could create a unique and life-changing contribution to the lives of Los Angeles’ foster kids. After giving it some thought, she suggested he provide scholarships in the form of tuition to some of the Southland’s most prestigious private high schools.

“Knowing that education is one of the ways the private sector can offer significant help to foster youth, I suggested a private school education could provide an excellent college preparatory curriculum, small classrooms, one-on-one attention and the chance to become part of a caring school community in which the students and teachers know one another well,” she shares. This idea thrilled Morton, and Shartin set out to find five of the most intellectually curious and deserving minds.

With Morton’s financial assistance in place, Shartin identified and contacted local private, charter and independent schools that she felt would be the best fits for these bright students. While she assisted the students with navigating the application and interview process, no special favors or exceptions were made. The students’ intelligence and merits spoke for themselves.

In September 2000, the original five foster students began attending New Roads School in Santa Monica, Marlborough School in Hancock Park and The Archer School for Girls in Brentwood. “The five students’ success in their new schools, as well as their marked increase in self-confidence and overall happiness, inspired me to include still more students for the following year,” recalls Shartin.

She began exploring ways to expand the program to serve more children. For several months, she had shared the success stories of this first class of students with Paul Cummins, the legendary educator and co-founder of The Crossroads and New Roads Schools. Inspired to action, Cummins offered his assistance and soon came up with the name Center for Educational Opportunity, or CEO. In June 2001, CEO officially became a program of Cummins’ New Visions Foundation, which helps create educational opportunities for underserved youth.

As the program grew over the years, those involved with CEO recognized that their mission of providing top quality education to the Southland’s foster youth didn’t end with tuition to a private high school. Shartin and the board members of CEO go above and beyond to guide their students toward a bright future. Often referred to as CEO’s “fairy godmother,” Shartin checks in with students and their families on a regular basis, even waking up early or staying up late to communicate with CEO students studying abroad in places as far away as China.

“In general, people don’t see a kid. They see neglect. They see abuse. They see drug addiction. They don’t even see the child. They only see what the parent did to get the child into foster care in the first place.”—Alexis Marion

As the former director of New Roads Elementary School and CEO board chairman, Patrick McCabe also joined Shartin in providing invaluable assistance to the program’s students. A former sports agent and self-proclaimed “recovering businessman,” McCabe recalled working with the program to provide winter coats to students heading off to east coast colleges, as they had never lived anywhere outside Los Angeles. “The foster youth in our schools are the least served of the under-served,” he says.

CEO offers them a multitude of assistance, such as tutoring, guidance through the college admissions process and, perhaps most importantly, providing a secure and reliable safety line that students always know is available to them.

Today, CEO guides the education of 95 foster youths in high school and an additional 30 kids in colleges around the country. Each of the 15 CEO high school seniors will graduate this June and they will attend colleges including UC Berkley, Loyola Marymount, Mt. Saint Mary’s and Bethune-Cookman. One hundred percent of CEO students to date have graduated from high school.

Alexis Marion exemplifies the program’s success. After being placed in the foster care system, she went on to be one of the inaugural five students of the CEO program, attending Marlborough School and later New Roads School. She went on to attend Tufts University in Boston and currently teaches language arts to kindergarten through eighth grade students at an after-school program in Los Angeles. She also teaches SAT preparation courses to high school juniors. All this from a kid whose cards were dealt from the bottom of the deck.

I recently had the pleasure of meeting Alexis in the magnificent William Andrews Clark Memorial Library at UCLA. As we marveled at the incredible collection of rare books there, Alexis was instantly drawn to a display of unique titles. “I love miniature books!” she revealed. I discovered that Alexis had a collection of the pocket-sized novels and was an avid reader. She said, “If I could find a job where someone paid me to read great books all day, I’d be in heaven.”

While reading may be a relaxing pastime for Alexis, I soon learned that her true passion reflects much of her experience in the CEO program. Alexis first met Shartin as she prepared to enter ninth grade. Despite her circumstances, she was already a bright and accomplished student, an image, she points out, that defies the common view of the typical foster child. “In general, people don’t see a kid. They see neglect. They see abuse. They see drug addiction. They don’t even see the child. They only see what the parent did to get the child into foster care in the first place.”

Alexis detailed her dream: “My goal is to build enough dorm-style residential housing for literally every foster kid who is leaving the California foster care system that year, which is usually about 4,000 each year. I’d like to be able to help give them a stable place to stay from the time they are 18 until they turn 22. That gives them enough time to go to school and get started in becoming the person they are supposed to be.”

Alexis’ dream points to a new initiative within the CEO organization. According to Pat McCabe, “When a foster child turns 18, they are lucky enough to become emancipated—which is just a big, fancy word for homeless.” Always sensitive to the distinctive challenges of students in the foster care system, CEO set out to ease the transition into young adulthood by implementing its new College to Career initiative, extending the assistance offered to CEO students throughout their university years.

By overcoming a mountain of obstacles, each CEO student has earned every graduation accolade they have received. Like the 200 or so foster students placed in more than 50 local schools that CEO has served in the last 11 years, these graduates have benefited from the program’s thoughtful and uniquely tailored menu of services and resources.

Alexis is but one example. Though she is charismatic, eloquent and ambitious, it is uncertain whether she would have found the inspiration and confidence to dream big and create her foster youth housing initiative, had she not been introduced to CEO and Deanne Shartin. “She is such an amazing example of what you can do when you’re committed to a certain outcome … you can have an idea and make it happen,” Alexis explains.

And as for CEO, Alexis captured the program’s mission perfectly: “Tell us what dream you have, and we are going to help you get there!” 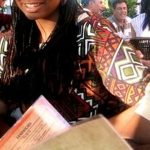